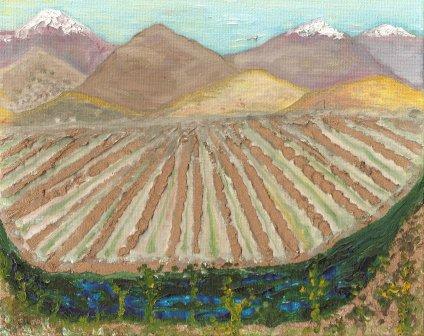 Howdy and welcome! I don’t know how you found my website but it’s awesome you’re here.

Currently, I live in Berkeley and  hard at work with my director, Leonard Pitt, and show developer, David Ford, of The Marsh adapting my work-in-progress novel,The Moby Dick Diaries, as a solo show for the

Yes to Everything Theater Festival, San Francisco, Saturday May 13 and Friday 19

Born and bred in the farming community of Porterville, CA, ANDREA MOCK has received four grants for her creative work from the Flora and William Hewlett and Zellerbach Foundations As playwright-in-residence from 1996 to 2002 at the Speakeasy Theater, she wrote and had four of plays produced: First Time, Brain_In_A Box, Jane Austen in Berkeley and Age of Enlightenment. In 2015 MOCK funded by a grant from ODC SF, crafted choreography using script-writing techniques. The resulting pieces went on to win ODC San Francisco’s “Take 5” choreography competition. One of the pieces became the basis for a fifth play, THE MOBY DICK DIARIES’s finale, Call Me Ishwhale. Mock is currently producing a solo show series called Two by Two while working on her next play Red River Rat Club.

One thought on “About”