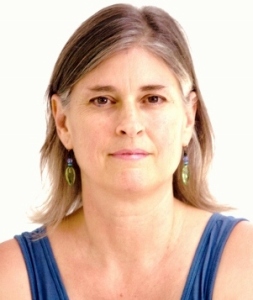 In my mid-thirties, bloodied, bludgeoned and battered by falling in love at the drop of any number of hats, it was clear to me (and my therapist) I wouldn’t know a decent guy if I was locked in a room with one.

Being a researcher by trade, I took the methods I’d used in my Libre Nicaragua in Solidarity with Oppressed People’s Everywhere Berkeley Career Support Group and used them to find a suitable mate.

My strategy was to date 100 men in a year. After every date, I’d analyze the results according to the Suitable Mate criteria previously established.

My husband (number 24) and I just celebrated our 21st wedding anniversary. I still get a thrill when I see him. Gah. Forgive my mushball-ness.

So, Andie, where are you going with this, you ask. What’s the connection with performing?

The answer is, Blogland, this post is an analysis of what went right and what went wrong about Tuesday night’s performance at The Marsh in Berkeley.

Triggers (see previous post) are mos def working for me. With a minimum of effort I was able to have my lines as solid as I wanted them. Not once did I get that awful feeling of not knowing what came next. Gary was standing by with the script in case I called line but I didn’t need to. Yay!!!!

My dear master teacher, Leonard Pitt, came to see the show.  He said my performance lacked awareness and conscious choices around voice production and that words are only indicators of where I want to take the audience, but delivery is my car for taking them there.

Monday I’ll pick a chunk of my show to work on for delivery:  rhythm, phrasing, timing, articulation, etc. to go beyond “willy nilly” to  the land of awareness and conscious choices.

Sunday, David Ford asked me about my goal for the performance. I answered, “My measure of success is to peel away my skin.” I love writing and performances that accomplish this, like Ellen Hopkin’s YA novel, Crank.

On that front, I give this performance three out of five stars. Good. But I didn’t knock it out of the park.

What went wrong? What methods can I use to improve? Brene Brown’s Daring Greatly on hold at the library. Maybe her social science research on vulnerability has something to say.